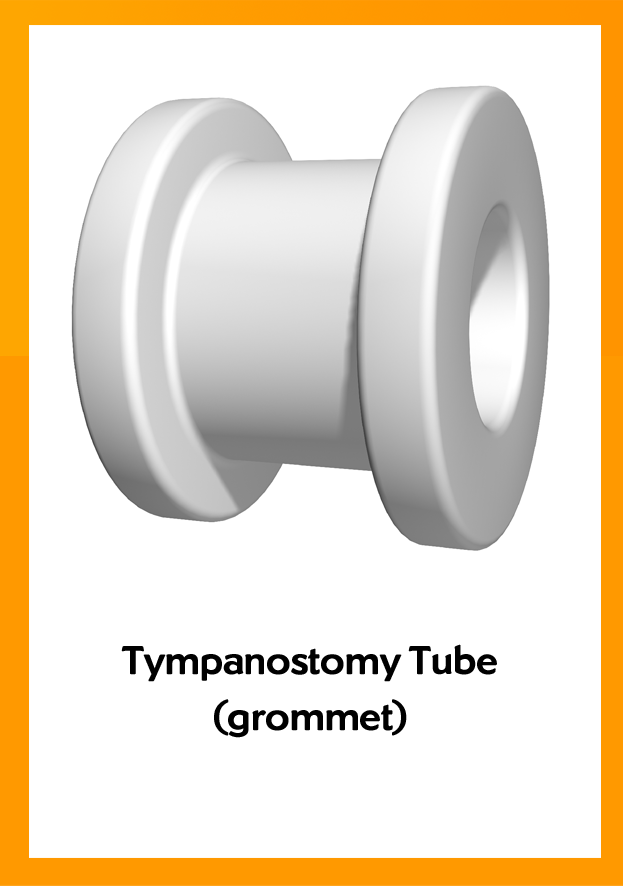 Grommets are used to allow air into the middle ear when the eustachian tube is blocked. In Glue Ear, the fluid is sucked out first (restoring hearing) and then a grommet is inserted through the ear drum. Air passes down the barrel of the grommet giving the middle ear lining a chance to settle down and stop secreting abnormally.

Grommets are not permanent. On average they extrude by themselves after 6 to 9 months. I place the grommet in the front part of the drum at operation. Over the following months, it migrates to the back of the drum and falls out into the ear canal where it is carried away by wax.

During the lifetime of the grommets, patients must avoid getting soapy water in the ears. Folding the ear over and pressing it against the side of the head gives a watertight seal without the need for an ear plug. A shower attachment should be used to wash shampoo out of the hair.

I encourage swimming. For children it is a source of exercise, socialisation and safety. However certain aspects should be avoided. Particularly during swimming lessons, children are encouraged to jump in from the side or reach down to the bottom (to pick things up). This leads to the forced entry of water which should be avoided during the lifetime of the grommets. Please avoid the forced entry of water.